My daughter’s favorite movie is Nightmare Before Christmas and so when it was time to pick her costume this year, she choose the character Sally from the movie. Being 4 she also wanted to be a witch as well. With yarn and a crochet hook I set to combine the two and we came up with a “Sally Witch”. Three weeks later and about 13-15 hours total we had a costume that encompassed both sally and a witch! She loves it, even though she looks sad. She was putting on her best Sally face because she said “sally is sad”. 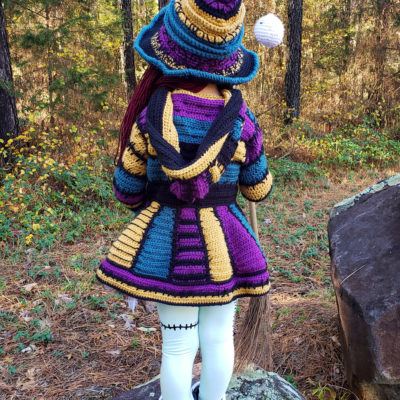 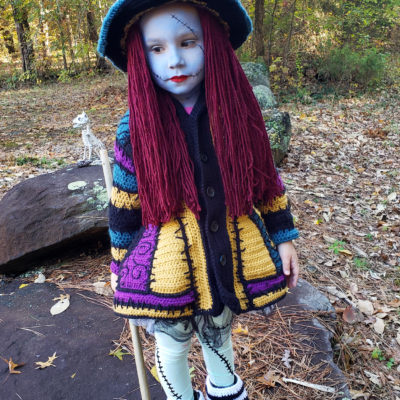 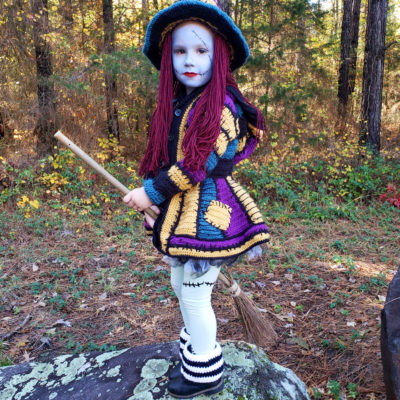 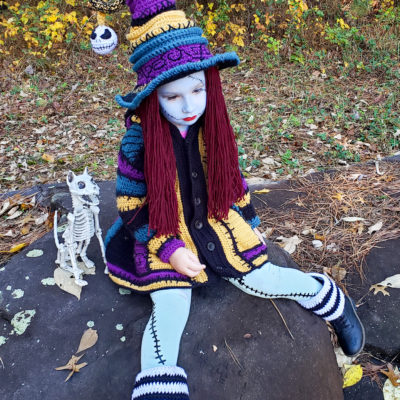 Sally The Nightmare Before Christmas Witch