You’ve seen The Fly, now meet The Moth!! I was inspired to make this costume after I raised Luna moths over the summer. They were ao beautiful, I knew I wanted to be one. Or something similar. The result was a four-legged mutant moth that will aunt your dystopian dreams. So how did this creature come to be?

It’s an old fashioned story of a lab experiment gone wrong. A scientist was trying to create a new vaccine from moth blood. She injected herself as the first human trial. The injection caused her to be transformed into a mutant moth! Did the vaccine work at least? We may never know.

To make my costume, I needed a few supplies. Some crutches, some wood, a couple of Halloween masks, material and lots of EVA foam. In addition, I needed screws, a drill, various types of glue, a heat gun, spray paint and a piece of pipe insulation.

The first step in becoming a big was to make my legs. All four of them. To do this, I had to construct a pair of stilts for my back legs. I used a 2x2x6 piece of wood. Some plywood, and lots of screws to construct the stilts and foot platforms. I then screwed a tennis shoe into each foot platform. This was an easy way to secure my feet into the stilts. I also had to secure my knees, so I used two PVC pipe halves on some straps. The front legs were wooden crutches. It couldn’t be easier!

Next, I had to create my exoskeleton. Each armor plate was hand cut out f a piece of foam matting with an Exacto knife. Once all the pieces were cut out, I used a heat gun to form them into more curved shapes. They were then glued onto the back and front legs.

The helmet was also crafted out of foam, but the eyes were made out of masks from the Halloween store! The only store-bought pieces. The curled mouth was made out of a piece of pipe insulation.

Walking in my costume took a lot of practice, but once I got the hang of it, I was walking all over the place and people Definitely took notice! No one could guess exactly what I was, but I heard “bug bug” a lot. Even taking pictures in my local park sparked a lot of curiosity. Best Halloween ever!! 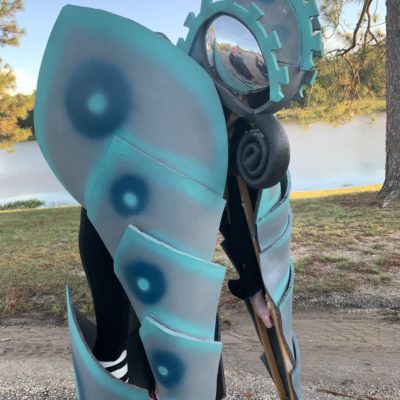 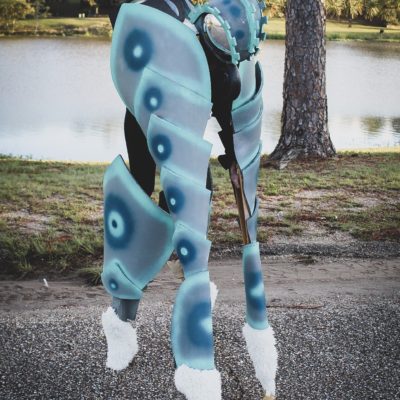 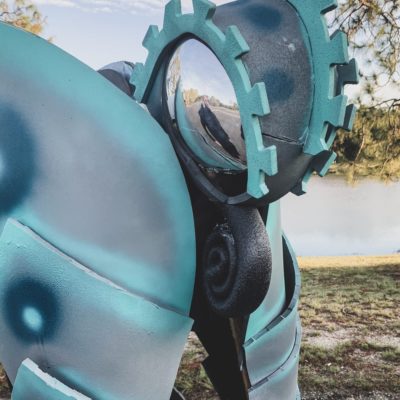 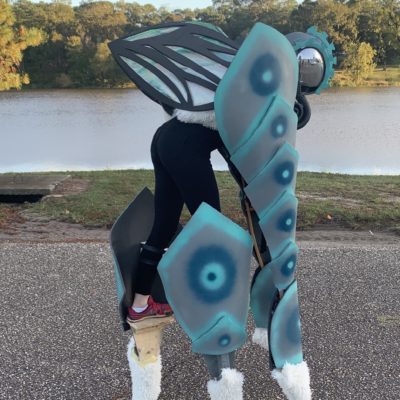 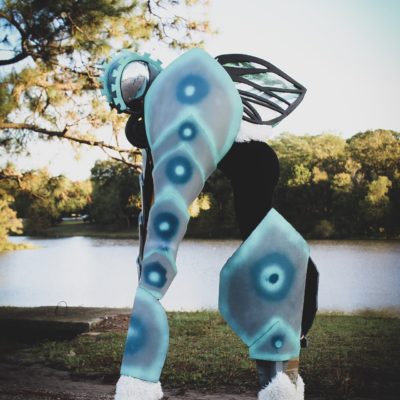