I made my 5-year-old son this Indoraptor costume this year and to be honest I wasn’t sure where to start. I had never taken on such a challenge and my dinosaur obsessed boy said it had to be as realistic as possible. So after googling a lot of pics from the movie Jurassic World Fallen Kingdom, I got started. I first made a list of what I needed to create everything from the head, tail, claws, spikes, hairs and so on. For the head and tail, I used plastic canvas to mold and then sprayed everything black. Other materials used were makeup sponges (painted) for spikes, a loose netting black fabric tablecloth to cover everything in, fabric paint to adhere fabric to black pants and shirts and also make it look like scales, foam sword (made all claws out of except the big sickle claw on the foot, a lot of black duct tape, zip ties to piece the tail together and stabilize the top and bottom portions of the head, hot glue for the teeth, red ornaments for the eyes, paint and glitter and a few other items. Most of the items were purchased at the dollar tree and if not there, I got them at Walmart. I would say this costume cost me $30-40 to make.

My son was over the moon when he saw the finished costume! He couldn’t believe how realistic it looked. I was extremely happy with how it turned out and really didn’t know I had it in me to make something like this. The best part of about this costume is that there was no sewing involved!

He was the talk of the neighborhood, and so many people asked where in the world I found such a great costume, they were shocked when I told them I made it and my son told me he was so proud of me. Which of course made making this costume so incredibly worth it!!! 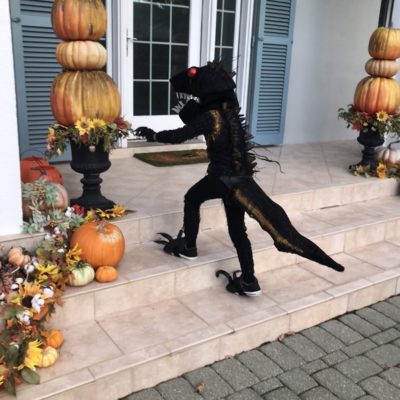 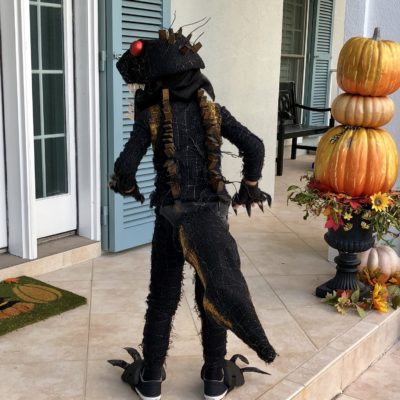 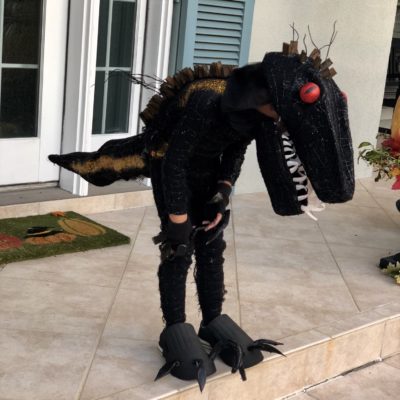 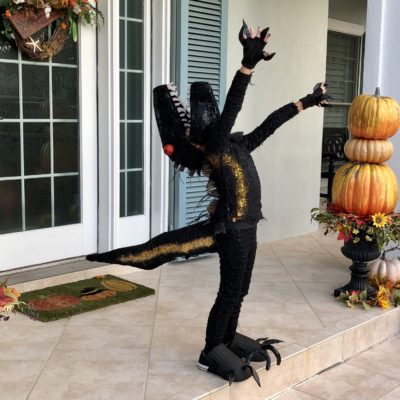 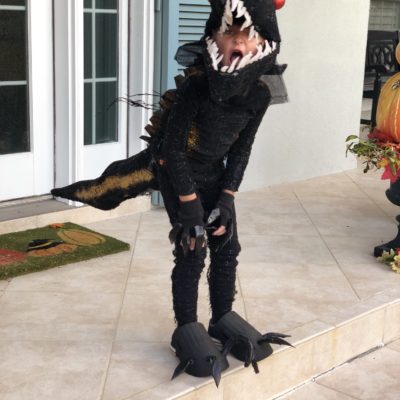 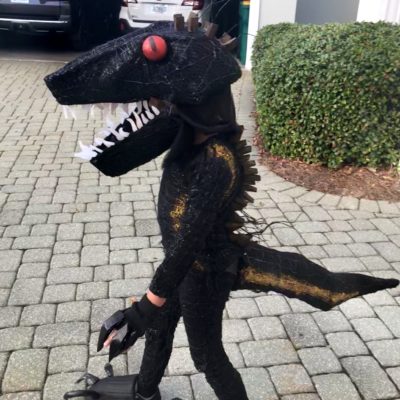