When discussing Halloween this year, my daughter, who’s obsessed with Harry Potter, asked if she and her two little brothers could go as characters from her favorite series. I assumed (wrongly) that she meant that she wanted to go as Hermione, Harry and Ron. She very much wanted to go as the entire castle and her brothers would be Dobby and Hedwig (not pictured because wrangling two boys under two years old for a group photo is impossible!). First, I sewed the dress and then hand-drew the castle on the skirt, using a reference photo of course, while she was wearing it over her full some hoop skirt. Then I spent the next month-and-a-half painting it. The windows are painted black with glow in the dark paint over them (so are the stars on the bodice) so the “lights turn on” when it’s dark out. 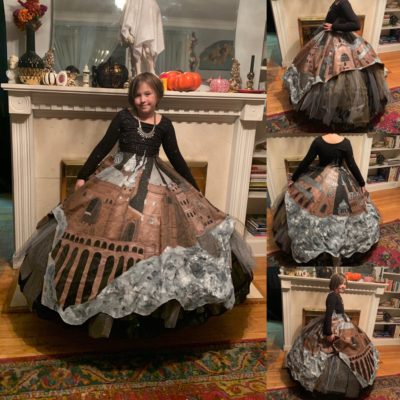 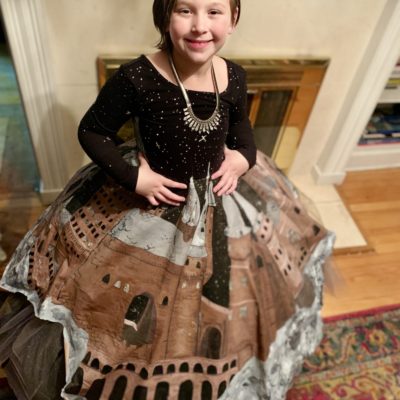 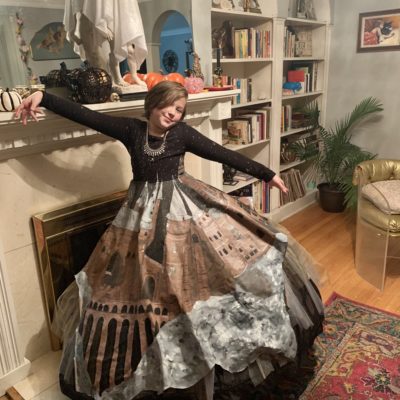