About 2 months ago, I needed a haircut. I keep my hair pretty short, so I thought it would be easy enough to just take some trimmers to the back. Accidentally, I put the 1mm hair trimmer on the shaver instead of the 1 inch, resulting in a nice big bald spot on the back of my head. Everyone at work thought it was hilarious, and said I couldn’t be trusted with scissors. My co-workers confiscated the scissors out of every cubicle on my floor. That’s how I came up with the idea of making Edward Scissorhands my costume. Everything is made from things I found around the house– The rivets on the gloves are Vitamin C Tablets. I used Popsicle sticks, Old scissors,an old iPod charging wire, tools from the tool drawer– basically anything I had around the house. I spent a total of $28 on incidental crafting supplies, and that was it. 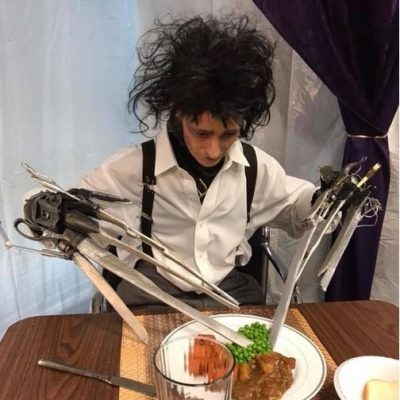 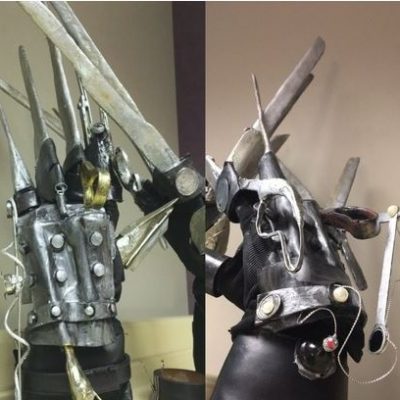 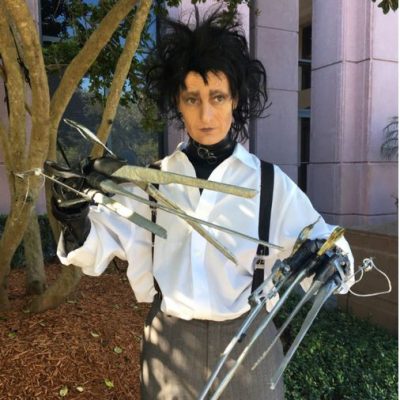