I’ve always been a huge fan of Johnny Depp and the Edward Scissorhands movie itself. The character is very different than me being quiet and timid, so acting like him throughout the night was tons of fun.

I had the leather pants, jacket, and combat boots already, so I bought a $4 black turtleneck from Goodwill and a bunch of belts for $1 a piece to complete the clothing aspects of the costume. The hair was done by teasing and using black spray hair dye for $3 since I’m a natural blonde. As for the hands, the blades were constructed from craft foam, poster board, and popsicle sticks that were then painted and glued to an old pair of black leather gloves I found around the house. The gloves were then decorated with craft foam and metallic acrylic paint. Details such as craft foam bolts and the handles were made from broken scissors or eyelash curlers and some of the smaller ones from popsicle sticks or paperclips wrapped in craft foam.

In total, the costume probably cost me about $25 to make, and it was worth every penny! I had a great time making it and the outcome was awesome! I received so many compliments when I went out later that night and stayed in character by offering strangers a quick trim while they waited for their drinks. My own family members didn’t even recognize me. The costume was a huge success and it was an honor to represent Johnny Depp! 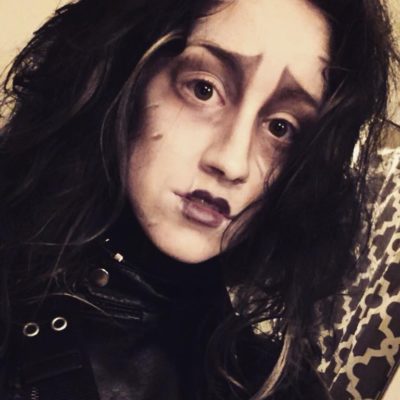 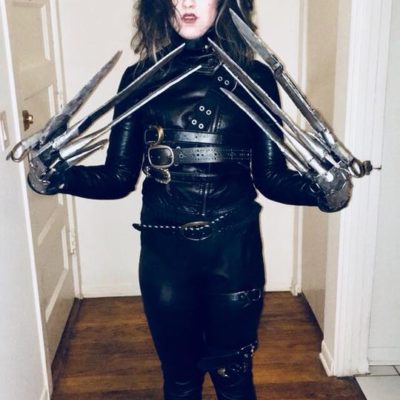 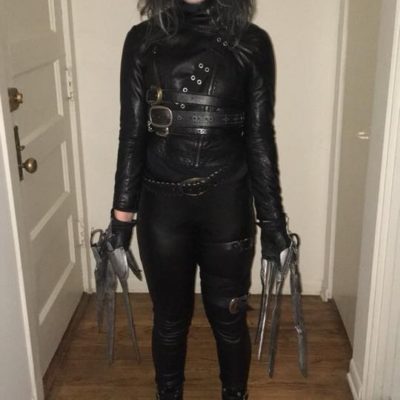