This was my first time ever building a costume and wow was it a lot of work. I think I have over 600 hrs invested and probably over $1k in costs. I’ve been working on it since August 2016 and just finished it September 2017. Everything you see was build by me except for the raw latex head and feet, although I did airbrush the latex portions. The body suit was a Mr.Incredible costume which I added a gallon of latex to, airbrushed and detailed. The dreads were made from foam rod and all the dread beads were cut from pvc pipe. All the armor was made from EVA foam, Sinatra, and 3D printed. Detailing was done with a soldering iron and paint weathering. I made the bomb gauntlet fit my phone which had the famous predator symbols counting, it was also hooked up to a Bluetooth speaker which played sounds. The LEDs in the helmet and gun are hooked up to a switch on the bomb gauntlet so they can be turned on and off. All suited up it’s very hot but people love it! I stand 6′ 10″ tall. 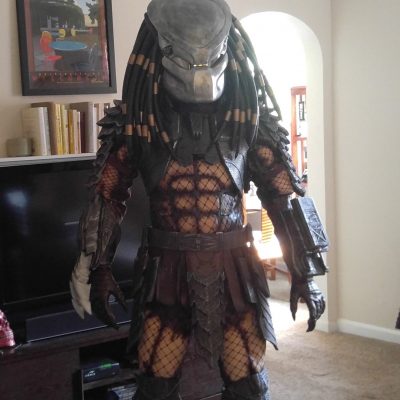 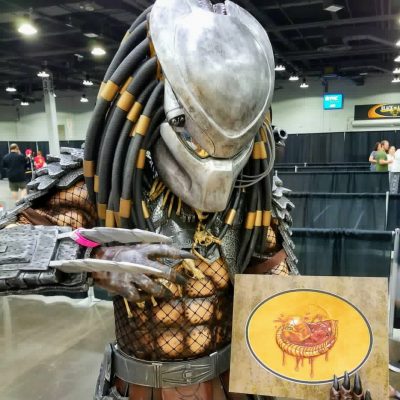 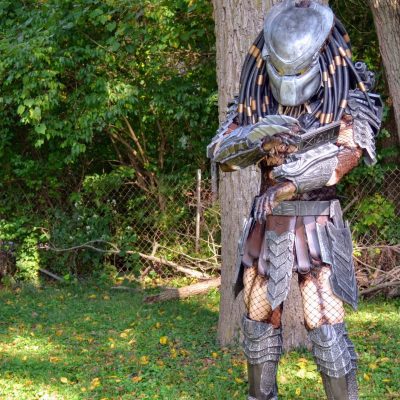